Pisces is the pinnacle of “Dual” energy, so much so that it rises from both Head and Back (two fishes in opposite direction so you see head and back of two fishes together).

Therefore no one can beat the kind of dilemmas Pisces can get in and on the other side no one can be as amenable and tolerant to all sides as a Pisces.

In Vedic philosophy a term “neti neti” (meaning not even this, not even this) is used to describe the infinite consciousness representing God. Pisces can be that infinite stage of life where everything is possible. However on Physical plane they can be really forgetful and when afflicted have a parallel world full of fantasy, like a fancy world beneath Ocean. “Alice in wonderland” is perfect example of Pisces mentality.

Physically being water sign they have a tendency to put on weight easily (not the muscle mass but soft fat). They are generally fair, stout of middle-sized height with “fish like” round eyes. Like Cancer they posses very soft features, however due to lordship of Jupiter Pisces can be more adept in managing emotions then Cancer.

Pisces represents places and activities which takes you away from normal day to day life. In one way these could be wonderful places (such as dream world, meditation retreat etc.) and on the other hand these could also be places such as Hospitals, Prison centers, asylum centers which also take you away from normal daily life. The negative connotation usually happens when Pisces is afflicted.

By extension people working in such professions such as Jailor, Doctors, nurses, Yoga teachers etc. all comes under Pisces sign. All doctors and especially anesthesiologist who literally help you go in trans and away from real life are under the influence of Signs. 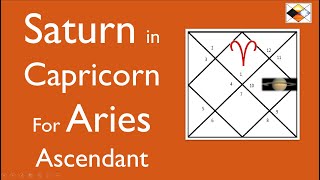